The Guilt of Young Morris

When William Morris went to Oxford in 1853, he met Edward Jones (later Edward Burne-Jones), and they became close friends. One morning in 1855, "just after breakfast," Burne-Jones remembered,  "he [Morris] brought me the first poem he ever made." This was The Willow and the Red Cliff. Morris read it to Jones, and to their other friends, and it was a hit. That night, or soon after, he wrote another poem, one wracked with guilt:


Dear friends, I lay awake in the night
When I sung of the willow-tree
And I thought, as I lay awake in the light,
Of what you had said to me.
For you remember how you had said
That I should be a poet
Ah me: it almost made me sad,
As I lay in the light, to know it.
For I knew, as every poet does,
What a poet ought to be:
Straightway before me there uprose,
My hideous sins to me.
Sweet friends[,] I pray you pray for me
To Him Whose hands are pierced
That, as, on the breast of His Mother, He,
So I on His breast may be nursed.
William.


I consider this poem to be the first great mystery in the record of Morris's life--the mention of "hideous sins", and of failing to be "What a poet ought to be", is intriguing. Does he refer to a literal sin from his past, a transgression that he'd kept hidden, or was it something more subtle?

It's tempting to think that he felt guilty for misleading Edward and his other friends about the number of poems he'd written. He'd allowed them to think that The Willow and the Red Cliff was the first he'd ever written. It wasn't.

Sadly, we will never know what drove him to write the poem. But whatever the "hideous sins" were, they made him feel that he wasn't living up to the ideal of a poet; the poet who, in Mrs. Browning's poem, says “I seek no wages-- seek no fame:/Sew me, for shroud round face and name,/ God's banner of the oriflamme.” He may have feared instead that he was one of Browning's false poets, who boasted “we are not pilgrims, by your leave/ No, nor yet martyrs! If we grieve,/It is to rhyme to... summer eve."

Posted by Clara Finley at 8:25 PM No comments: 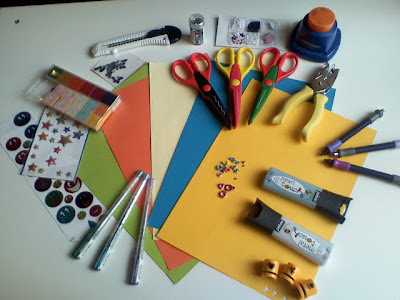 The TV channel TLC recently declared that it was “about to turn crafting on its head” with its show Craft Wars, by assembling “craft virtuosos” for “a knock-down, drag-out fight for supremacy.” As reviews roll in, it seems that the show has indeed managed to turn craft on its head, but not in quite the peppy way that TLC intended.

On the first of last month, Alexandra Lange at the New Yorker posted a scathing review of the show. In her piece, she argued that the show is an offense to all that true craft stands for, by encouraging wasteful consumption, and by separating the creation of objects from their decoration. As an example, Lange picked an episode in which people competed to make the most attractive playhouse:

The contestants … weren’t even constructing the house part: nameless team members wielded saws and hammers, while the (female) contestants added decoration to the plywood frame. It was a setup that forced them to be decorators, and it also narrowed the skill set required for a win to sewing, glueing, and painting …

It's true that this is opposed to Morris's idea of an artist-craftsman who masters every aspect of his or her trade. But does this mean that Craft Wars deserves to be dismissed as a group of people wasting their time by making things “cute”?

A blogger over at “Crafty Manalo” begs to differ. In her rebuttal to Lange's piece, she writes that it is misleading to compare small home projects and the Arts & Crafts movement writ large, then goes on to quote another commentator who summed up the potential value of the show quite well:

I too recoil a bit when glueing pencils onto a window box is lumped into the ‘craft’ category. However, I have also witnessed acquaintances of mine start out stringing beads into nice earrings and necklaces, and become motivated to learn the full spectrum of jewellery-making techniques, or set about learning to make the glass beads by hand.

If even one person is inspired to explore craft more deeply as a result of Craft Wars, the piece concludes, then “it will have served a useful purpose.”