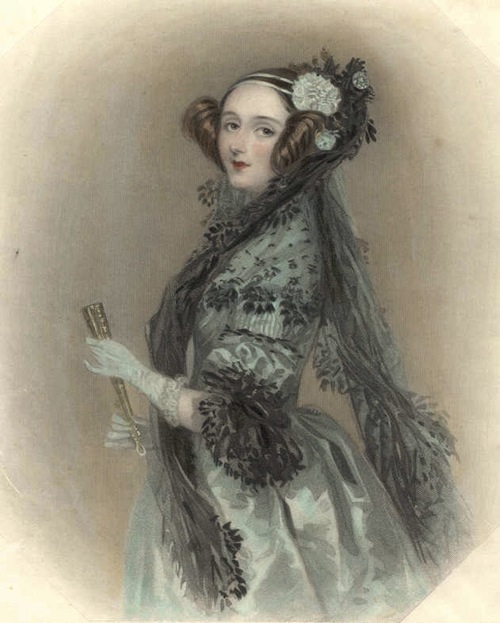 On this day in 1815, Augusta Ada Byron, the future Ada Lovelace, was born to Lord Byron and Lady Noel Byron. The marriage broke down in the first few months of Ada's life, so she never met her famous father. As she grew, her intellect became obvious, and her private education taught her more math and science than was available to most of her female contemporaries.


In 1834, the year that Morris was born, Ada heard Charles Babbage lecture on the “Difference Engine,” which he'd invented, but hadn't yet built. (Although he never managed to build it, this “difference engine” was the first computer.) Ada was fascinated, and began a correspondence with Babbage. During her short but bright mathematical career, she worked and corresponded with Babbage, and wrote what's considered to be the world's first computer program, making her the world's first computer programmer.

One computing innovation that preceded the Difference Engine—or Babbage's other computer, the “Analytical Engine”—was the humble Jacquard Loom. Although it was not a computer, it could receive and execute complex commands in the form of punch cards. Morris, heralded as the father of the Arts & Crafts Movement, felt conflicted about the Jacquard loom and machinery in general, but did use the programmable loom in his silk-weaving operations.

When Ada tragically died of cancer in 1852, she was 36. Morris was just a teenager at the time, preparing to go to Oxford. The tiny overlap in their lives and work was summed up unwittingly by Ada: “We may say most aptly that the Analytical Engine weaves algebraic patterns just as the Jacquard loom weaves flowers and leaves.” 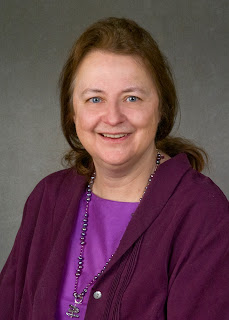 Today I have the pleasure of inaugurating my exclusive Morrisian Interview Series, in which I'll be interviewing all manner of influential and fascinating Morrisians.

The first interview is with Florence S. Boos, Professor of Victorian Literature at The University of Iowa. She's often written on the works of Morris (and Rossetti), and she has brought out annotated critical editions of The Socialist Diary, The Earthly Paradise, and The Life and Death of Jason. She's the current President of the Midwest Victorian Studies Association, and Vice President of The William Morris Society in the US. She's also the editor of the forward-looking Morris Online Edition, whose contribution to global Morris related studies cannot be overstated.

Our interview took place in Iowa City one day after Obama's campaign stop there, and the same day as an important football game, so the streets were festive and crowded. We met at lunchtime, but struggled to find a quiet place: at last we settled in the back of a roomy Italian restaurant and began.


Q- I have to ask, is there a specific text or set of texts that first attracted you to nineteenth century literature?

I did always like everything that I read of nineteenth century literature, but I think very important for me was a course that covered Victorian poetry, and we read Tennyson's In Memorium, and some of the other absolutely beautiful poems of the time, on time passing and death. What was appealing about them was their visual quality, of course that is the Pre-Raphaelite quality; and then they are so musical, so metaphysical and so reflective. So, I liked that aspect of the literature, and I still like it—the combination of the musical and the intellectual. Of course one finds this quality from time to time in Victorian fiction, but I do think in the poems of Morris and those of others of his time one finds it very exquisitely.

Q- You edited a collection of Morris’s juvenilia in 1982. What prompted your recent return to the subject, with your forthcoming book, Art and Love Enough: The Early Writings of William Morris ?

When I was young, I wanted to write an account of Morris's development that was thorough. I felt that all the one-volume works had not addressed the complexities of his literary works. But what I actually got into print at the time was the segment on The Earthly Paradise, so that incompletion nags at me, and I'm returning to those prior topics. I've written tons of articles on the subject, so it was time to come back and see if there was a greater pattern to it all, and to deal again with the question of to what extent you can find the full development of his thought in his earlier reflections.

And I also want to do that with the later materials, too, so this is section one. If I live long enough, I'll work on the third section. I'd also like to gather together something on the Socialist writings. I was so fortunate as to find almost ten unpublished essays, and that has attracted me again to the subject of how remarkably forceful and well-stated and well-thought-out those essays are. I don't have life enough and time to try for a collected edition of Morris's prose, but that's something that has been granted Carlyle and Arnold and many of the other Victorians, and I think Morris too should should be among them. But what I’m working on are little parts towards a whole.